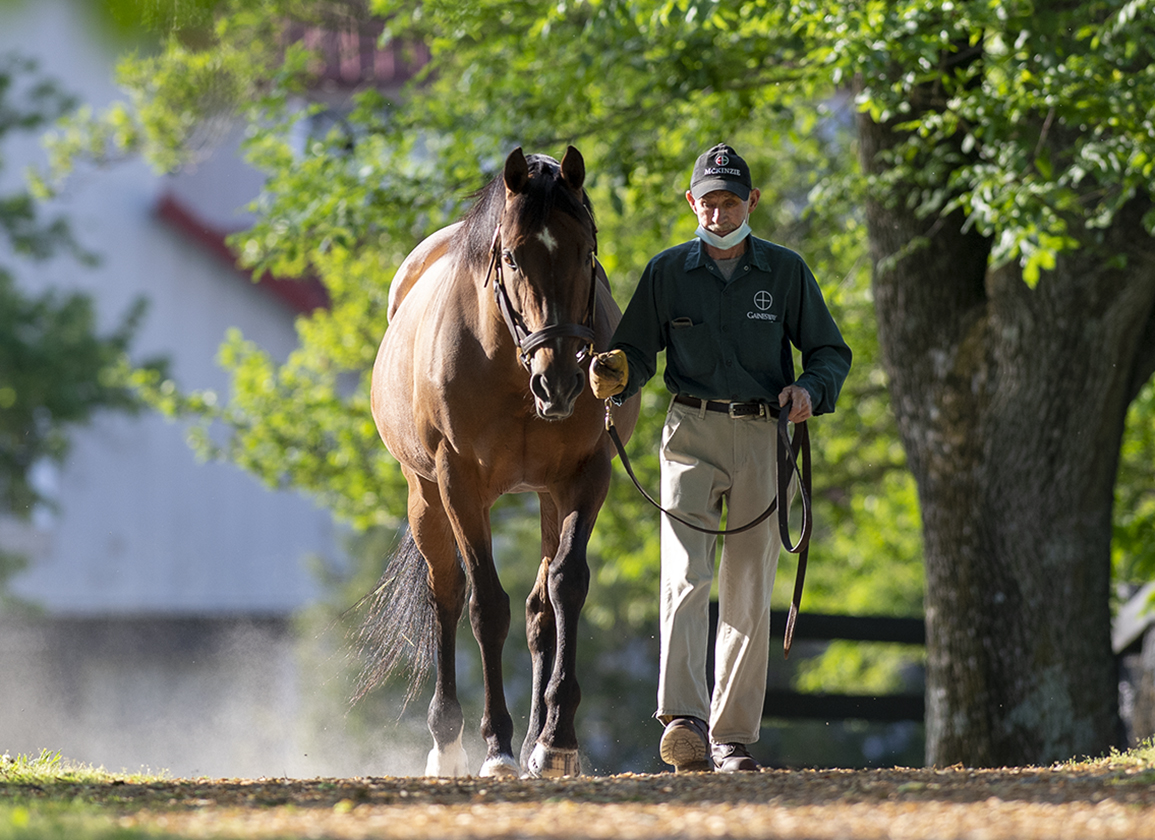 Afleet Alex (Northern Afleet–Maggy Hawk, by Hawkster), perhaps best known for his dramatic win in the 2005 GI Preakness S. after he stumbled in the stretch, has been pensioned after 16 years of stud duty at Gainesway, the farm announced today. Afleet Alex, who went on to win the GI Belmont S. in the same year, turned 20 this year.

“Gainesway has officially pensioned Afleet Alex from stallion duties,” said Sean Tugel, Gainesway's director of stallion sales and recruitment. “He is in great health currently and will remain at Gainesway for the entirety of his retirement, available to be visited by all of his fans on Horse Country Tours, etc.”

Owned by Chuck Zacney's Cash is King Stable and trained by Tim Ritchey, the Florida-bred won the GII Sanford S., and the GI Hopeful S. before finishing second in the GI Champagne and GI Breeders' Cup Juvenile at two. Third in the GI Kentucky Derby, he stumbled badly in the stretch of the Preakness when he clipped heels with another horse, but recovered to go on and win.

“Alex turned 20 this year and in talking people to Gainesway, his book has declined,” said Chuck Zacney, “So, it's a business decision, but the good news is he's going to remain at Gainesway, and when people stop by, they want to see Afleet Alex. He's going to live a very good life at Gainesway. I talked to Antony Beck and he reassured me he would continue to be held in high regard.”

Zacney, who named Afleet Alex for his then 4-year-old son, who now manages his father's stable, said that his 12-month career, “was such a great ride. He won his first two races by double digits, then he went to Saratoga and won two graded stakes. He had a great campaign at two, and through the Triple Crown races, but after the Belmont, we found out he had an injury and we had to retire him, but what a great 12 months. He will live a long and healthy prosperous life. He has a special place in my heart and always will. It was a great experience for the family, a great ride, shared by so many. Tim Ritchey had his eyes on him from day one at the sale, and did a great job training him.”