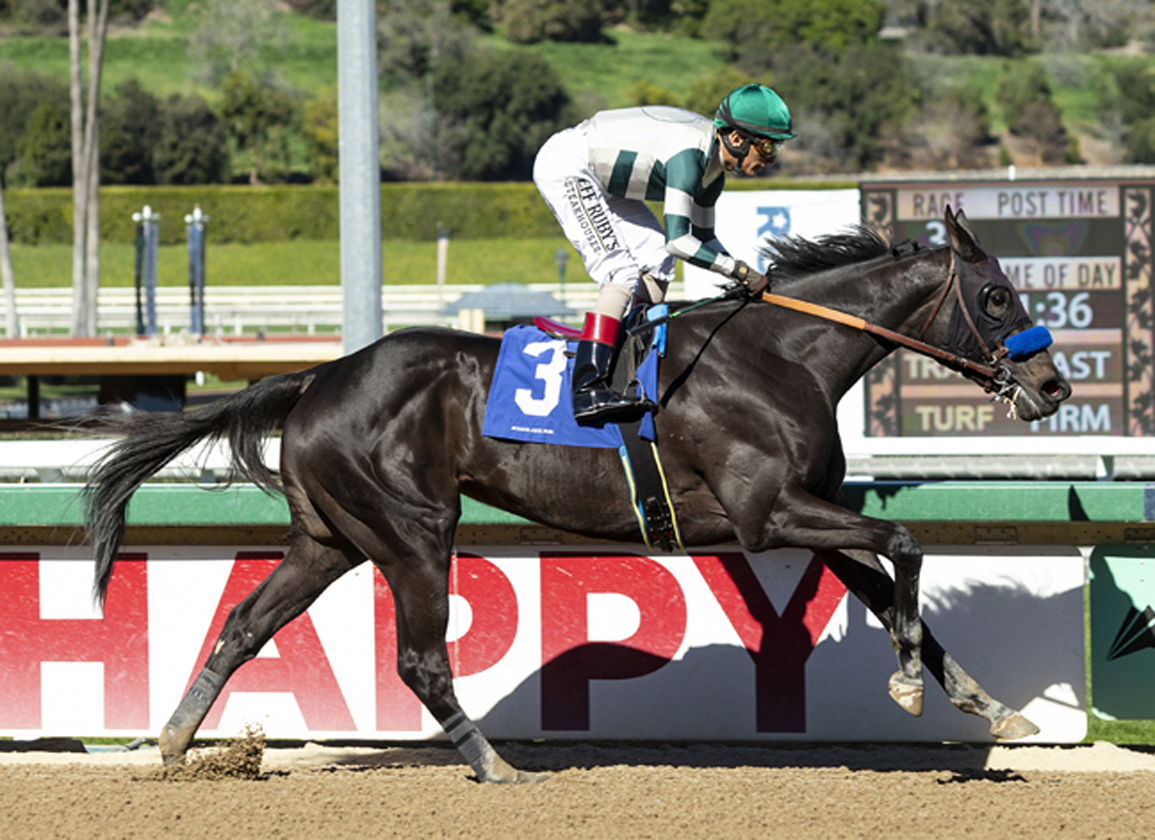 Michael Petersen's Adare Manor (Uncle Mo) will try to recapture her winning form in Pimlico's Friday feature, the GII George E. Mitchell Black-Eyed Susan S. While under the care of trainer Bob Baffert last season, she debuted with a close up second sprinting six furlongs on Santa Anita's Halloween day card before coming home fourth next time going 6 1/2 panels at Del Mar in November. Shelved for the remainder of the season, the dark bay returned with a gaudy 12-length score in her route bow at Santa Anita and followed up with an equally impressive victory in the Feb. 6 GIII Las Virgenes S. Transferred to Tim Yakteen for her latest in the GII Santa Anita Oaks, she came up a desperate neck short as the favorite and has been with Sean McCarthy, best known as the trainer of Grade 1 winner Majestic Harbor, since that 8 1/2-furlong test. John Velazquez, who has been aboard in her three most recent starts, retains the mount.

“She's a lightly-raced horse that we got a little bit of a late start with this year,” explained Brown. “She was a little sick over the winter and I was really trying to get her on the [GI Kentucky] Oaks trail and she just ran out of time. She's a really talented horse, and I'm looking forward to bringing her. This seems like a nice spot to keep her around two turns.”

Deborah Greene and Laurel Park-based trainer Hamilton Smith's Luna Belle (Great Notion) enters the fray off a five-race win skein and tries to bump up her game a notch in the weekend's marquee race for 3-year-old fillies. All of her latest wins have been in stakes company at Laurel, including the one-mile Beyond the Wire S. Mar. 19 and the Apr. 16 Weber City Miss S.

“If she runs the same type of race that she has in the last several, where she's able to relax off the lead a little bit, she should be tough,” said Smith. “I would have to think there will be some speed in the race, more so than what we've had before, really. It should set up pretty good in that respect.”

Second choice at odds of 9-2 on the morning line, Luna Belle drew Post 6 and will be ridden for the sixth straight race by Denis Araujo.

“She's won five in a row and she's stepped up a little farther in distance each time and she's handled it well. Off of her last race, it doesn't look like a mile and an eighth should be a hindrance,” Smith added. “I think the main thing is the competition that she's going to have to run against. You're looking at a tougher bunch of fillies in here than we've had recently.”

Stonestreet Stables' Favor (Pioneerof the Nile), who has shown an affinity for a route of ground, tries to gain some black-type here. A lack-luster fourth in her debut while sprinting 6 1/2 furlongs at the Big A last November, the grey returned to annex her next two going a mile at Gulfstream Jan. 9 and Feb. 6, respectively. Stepping into graded company for her latest–in the GII Fair Grounds Oaks Mar. 26, she over a messy start to be third behind reigning juvenile champion filly Echo Zulu (Gun Runner) and graded stakes scorer Hidden Connection (Connect). Her Hall of Famer Todd Pletcher also won the Black-Eyed Susan with Stopchargingmaria (2014), In Lingerie (2012), Panty Raid (2007) and Spun Sugar (2005).