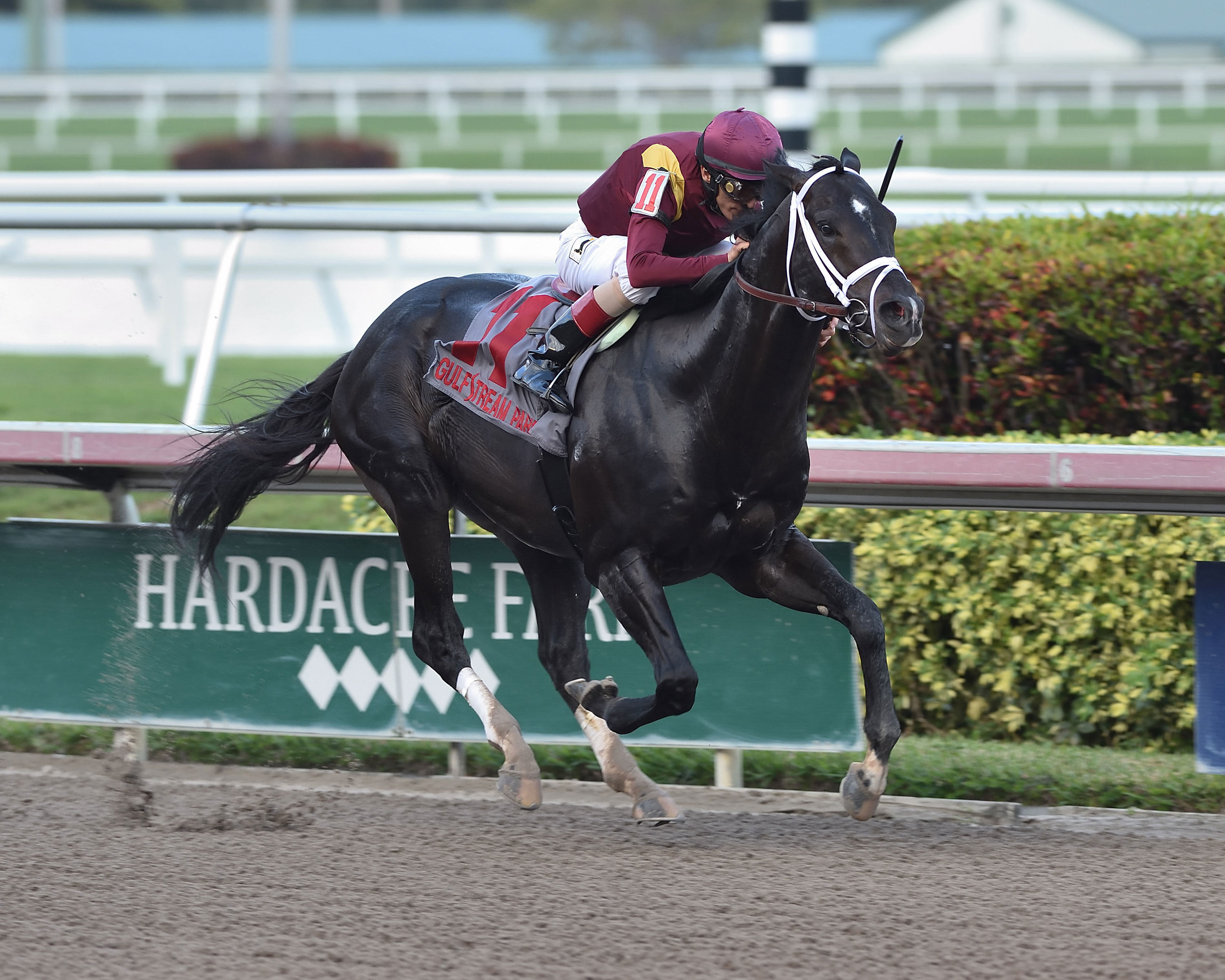 A pair of ‘TDN Rising Stars’, each already graded stakes winners at sprint trips, will tackle two turns for the first time in their respective careers in Monday’s GIII Razorback H. at Oaklawn Park.

Coal Front (Stay Thirsty), winner of the GII Amsterdam S. and GIII Gallant Bob S. at three, turned in a very disappointing effort first off a 13-month layoff, finishing a distant fifth as the 2-1 favorite in the GIII Bold Ruler H. at Aqueduct last November. Shipped out to trainer Todd Pletcher’s Florida string thereafter, the ridgling bounced back in no uncertain terms with a 3 3/4-length success, defeating next-out King Cotton S. winner Heartwood (Tapit) decisively into this. By a sire who won the GI Travers S. and was a close second in the GI Belmont S. and out of a mare by GI Jockey Club Gold Cup hero Mineshaft, Coal Front is bred 3×3 to A. P. Indy and should get the trip on pedigree, though he must work out a trip from gate 14.

Copper Bullet (More Than Ready) has drawn pole position by contrast as he tries a route of ground. The four-length winner of the GII Saratoga Special S. in 2017, the bay could not have looked any better in winning a second-level Churchill allowance by 3 1/2 lengths Nov. 23, but weakened out to be 11th when last seen in the GI Malibu S. Dec. 26. The bay is a maternal grandson of Louve Royale (Ire) (Peintre Celebre), a stakes winner and Grade III-placed at turf marathon distances.

All Out Blitz (Concord Point) ships in from California for this rich event in possession of some sneaky-good form. Second to ‘TDN Rising Star’ Battle of Midway (Smart Strike) in the Comma to the Top S. at Santa Anita in October, he was a wide-trip fourth in the Zia Park Derby Nov. 21. He exits an allowance tally at Santa Anita going a mile Jan. 6 in which he covered 32 feet (about 3 1/2 lengths) more ground than the runner-up.