Home » Archive » Shared News » A Letter from London, On My Way to the Arc

A Letter from London, On My Way to the Arc 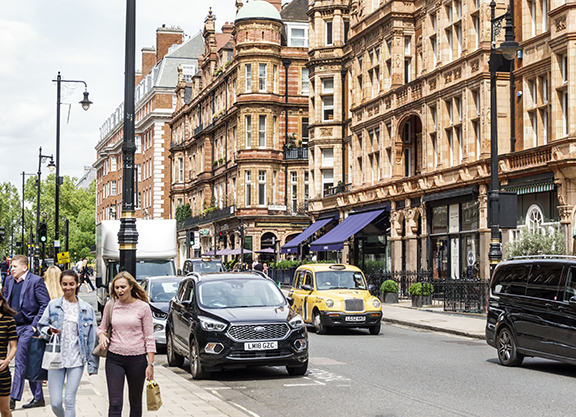 For the past 24 years I have broken up my journey to the Arc de Triomphe with a stop in the U.K. My favorite spot in England is Mayfair. In the 1500's every year there would be a fayre (fair) in this little corner of London, thus the name. I can recharge my batteries here, get over jet lag, and get the true punter's opinion of what is going on in racing. A big sport in a small country. Every player has an opinion.

On Duke Street, nestled between Bespoke Hairdressing (barber) and the Gentlemen's Grooming Lounge (an order-in-advance clothing emporium) is a William Hill betting shop: a legal bookmaking establishment where punters are happy to expound their views on all subjects, including sport, politics, and especially horse racing.

Murphy is a shy 24 year-old from a family with racing ties, who will become the fifth Irish-born rider to be the champion on the Flat in Britain. He follows in the footsteps of Pat Eddery, Kieren Fallon, Jamie Spencer and Richard Hughes.

But the gamblers here think that he will be the next rider to succeed Ryan Moore as the go-to jockey for the genius Aidan O'Brien. One might guess Aidan's son, Donnacha, would be the logical choice, but weight is going to catch up with the tall lanky offspring very soon. For that reason, more than a few extra GB pounds are wagered on Murphy when he is snapped up to ride for the master of Ballydoyle.

It appears that there have been distinct eras of top-jockey status. Lester Piggott stamped it as his own from roughly 1960 to the mid 1980's. And he put an exclamation point on his career much later. Lester came out of retirement at age 55, and managed to squeeze in a Breeders' Cup Mile victory in 1990, with an amazing and brilliant ride on Royal Academy. The bloodlines of grandsire Northern Dancer and Piggott lit up the tote board at Belmont Park. Timing is everything for a horse, an elderly jockey and a classic race.

After Piggott, the Italian-bred son of Sardinian rider Gianfranco Dettori stepped into the spotlight, and loved it. A gregarious showman and world-class rider, Lanfranco got the headlines and applause from the true racing fans for the next decades. Frankie loved it.

And even though Dettori is still near the top of his game, he is 48, and must be looking over his shoulder.

Besides Oisin Murphy, William Buick is reaching for the baton.

He is the 31-year-old son of a Scottish-born father who was Scandinavian champion rider for eight years. William was also was U.K. apprentice champ in 2008, which he shared with David Probert. Buick rides in fewer races because he is the stable rider for the powerful world wide Godolphin stable.

Cieren Fallon is the 19 year-old son of sire Kieren Fallon (the six-time champion rider) and dam Julie Bowker, also a jockey who rode for six years.

Cieren will be the champion apprentice this year, as Oisin was the champ “bug boy” in 2014.

The talk at the betting shop also centered on this Sunday's major race at ParisLongchamp. There is great sentimental support for Enable (GB) (Nathaniel {GB}) to win the Arc for the third straight year. People who are wagering on Japan or Sottsass have told me that they would be happy to lose their bets, if Enable could win. That's hero worship.

There seems to be more consternation about the post position draw here than when a marathon event is drawn in the USA. Veterans think a low draw would be more advantageous.The condition of the turf course will also be a topic of conversation as we move closer to the event.

The world, or at least the racing world, will have a Thoroughbred celebration on Sunday. Whether in person or on the telly, in the United States, England or the world, the best horses and the best riders will be on display for one of the great moments in sport. This one will be one for the ages. Don't miss it.