Home » Archive » Europe » A Collective Vision To Revitalise The Tote

A Collective Vision To Revitalise The Tote 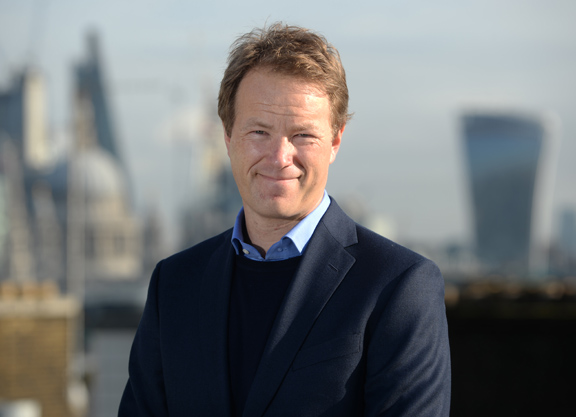 Breeders like to think that without breeding there’d be no racing and punters believe the same of gambling. Both parties are right and it’s time for all involved in racing and breeding in Britain to grasp of the implications not just of the recent decision to reduce Fixed Odds Betting Terminal (FOBT) stakes to £2 but also the impending end of the Tote’s exclusivity as the country’s pool-betting operator.

Whichever side of the industry we are involved in, it’s impossible to overlook the fact that countries with a tote monopoly also have a racing programme with healthy levels of prize-money, which in turn helps both to retain existing participants and to attract new ones. This cannot be said for the country that prides itself on having created horseracing as we know it.

Britain is blessed with decent attendance figures at many racecourses and it can still dine out on the heritage which has racing fans flocking to its prestigious meetings from all corners of the world. But those visitors, if they happen to have a horse in training in, say, France or Australia, shake their heads in disbelief at how those associated with providing the British racing ‘product’ can make a living. Many, increasingly, cannot.

Back in 1928, the Tote was established by the British government partly with the aim of improving the Thoroughbred breed and the sport itself through a return from some of the revenue from gambling on horseracing. The betting landscape changed in 1961 with the legalisation of off-course betting. That immediately made it harder for the Tote to compete because while it could still rival the bookmakers on course, the technology did not exist at that stage for it to take bets away from the racecourse and get them into the pool. In 2011 the Tote was sold off to bookmaker Betfred with an exclusive pool betting agreement which is set to expire in July.

Important progress has been made by the British Horseracing Authority in recent years to boost racing’s coffers, significantly through the closure of the loophole which allowed offshore betting operators not to contribute to the Levy, but these are small steps when giant strides are needed to keep pace with other racing nations.

Many of us involved in the sport will have muttered to ourselves that “something needs to be done” while sitting back and expecting somebody else to come up with a grand plan. That somebody may have just stepped forward.

Alex Frost, a 42-year-old former Merrill Lynch trader who became one of that company’s youngest managing directors before his 30th birthday, turned his passion for horseracing first into ownership and then last year solidified his increasing breeding interests by buying Ladyswood Stud from Martyn Meade. He is also on the board of Epsom racecourse and is at the head of a consortium which, as of last week, now owns 25% of the Tote.

“I love the sport and I’ve made a huge investment in it but I’m very concerned for its future,” Frost says. “We as an industry have this once-in-a-lifetime opportunity to buy the Tote and to re-establish pool betting. If it wasn’t us buying it, it would be one of the big bookmakers buying it.”

At a time when Frost could be enjoying the fruits of his labour by watching his foals gambol around Gloucestershire paddocks while pondering next year’s mating plans, he decided instead to combine his financial acumen and that love of the sport in a bid to enhance the future of racing in Britain. He is not alone in this endeavour. As the recent launch of the ‘Together for the Tote‘ campaign highlights, Frost’s Alizeti Capital has behind it a collective of racehorse owners which shares his aim. The individual identities of the powerful group haven’t yet been announced but together they account for more than 1,000 racehorses.

The Alizeti consortium reached an agreement with Fred Done of Betfred to buy 25% of the Tote in what a transaction seemingly valued at £150 million. It has the option to purchase it in its entirety, which could happen sooner than indicated.

“We have an option to buy it out 100% in the third year but it will actually be at our discretion,” Frost explains.

“It will effectively be a cooperative which everybody can gain from, including bookmakers and racecourses, while we will be doing everything we can to revitalise the Tote experience.”

He adds, “If you are a racing-orientated person you would go with what would effectively be the [National Lottery operator] Camelot of the racing industry. People in Britain don’t have a bet on a lottery based in Yugoslavia but they do have a bet on the National Lottery because they feel it supports the right local causes. We have plenty of things planned for the Tote but primarily is needs to be a much better consumer experience with the ability for people to see where the cash is going.”

BHA figures show that owners of horses rated around 70 can expect on average a return of 8p in the pound in Britain. The current £138 million prize-money pot is set to be reduced significantly in future by last week’s FOBT ruling, though there has been a suggestion that this loss could be tempered by extending the levy to bets on global racing.

While Frost’s consortium certainly seems to have racing’s best interests at heart, it is not the only one with pool-betting aspirations. Britbet, set to launch in July as the Tote’s exclusive deal ends, represents a partnership of 55 of Britain’s racecourses—the exceptions being Ascot, Bangor, Chester, Chelmsford and Towcester—and is also pushing its allegiance to the sport with its ‘by racing, for racing’ slogan. Clearly, any reduction in the liquidity of the pool market will not be good for either operation or for racing itself. The Racing Post reported last week that Britbet has entered into negotiations with Alizeti and Totepool over a potential collaboration, which was confirmed by Frost.

While those talks are ongoing, Frost says of Alizeti, “We feel strongly that we represent breeders, owners and trainers, and we feel it’s very important that everyone should be working together. We’re not trying to be divisive—quite the opposite.

“I’ve brought 12 people together to work for two years on this project and they are the best people at what they do—we’ve got two best financial analysts that Merrill Lynch ever had, Michael Rawlinson who was at Barclays, then Freddie Grive, who ran legal counsel at Worldpay, as well as the best marketing people and the best tech people.”

Among the stated aims are a 25% reduction in the take-out, which is currently 19.25p from every pound staked, as well as £1 million Jackpots and Scoop6 funds and the development of an app to allow punters to bet directly into the pool.

He continues, “We’re promising that we can broaden the spectrum of the Tote and revitalise it, we can match it up with other pools globally and make it much more ambitious in terms of its reach and connectivity around the world.”

Frost admits to frustrations along the way in an industry which can be resistant to change. He can draw encouragement, however, from the level of support for the project, with the likes of the Thompson family of Cheveley Park Stud having already voiced their approval.

Charlie Liverton, chief executive of the Racehorse Owners Association, can also see its advantages and stated, “The retention of owners in British racing is of paramount importance and critical to ensuring that the number of horses in training increases. Whilst one of the challenges at the moment is sole owners leaving the sport, it is encouraging to see a group of owners and breeders coming together to help build a strong Tote to benefit all of racing, including through an increased contribution to prize-money. [It’s] a huge positive for the industry.”

While expressing bemusement at the lack of young people on racecourse boards, Frost is appreciative of the growing momentum to reinvigorate what trainer John Gosden has referred to as “one of British racing’s most cherished brands”.

“Thankfully we have massive support, not just from the horsemen, it extends further than that, right through most of the racecourses. We’ve found a lot of the racecourses fantastic to deal with—very commercial and very keen to improve the situation,” he says.

“We know that it’s not going to happen overnight. It’s going to take a lot of hard work due to structural issues but the Together for the Tote campaign is exactly that, we’re all about bringing everybody together.”