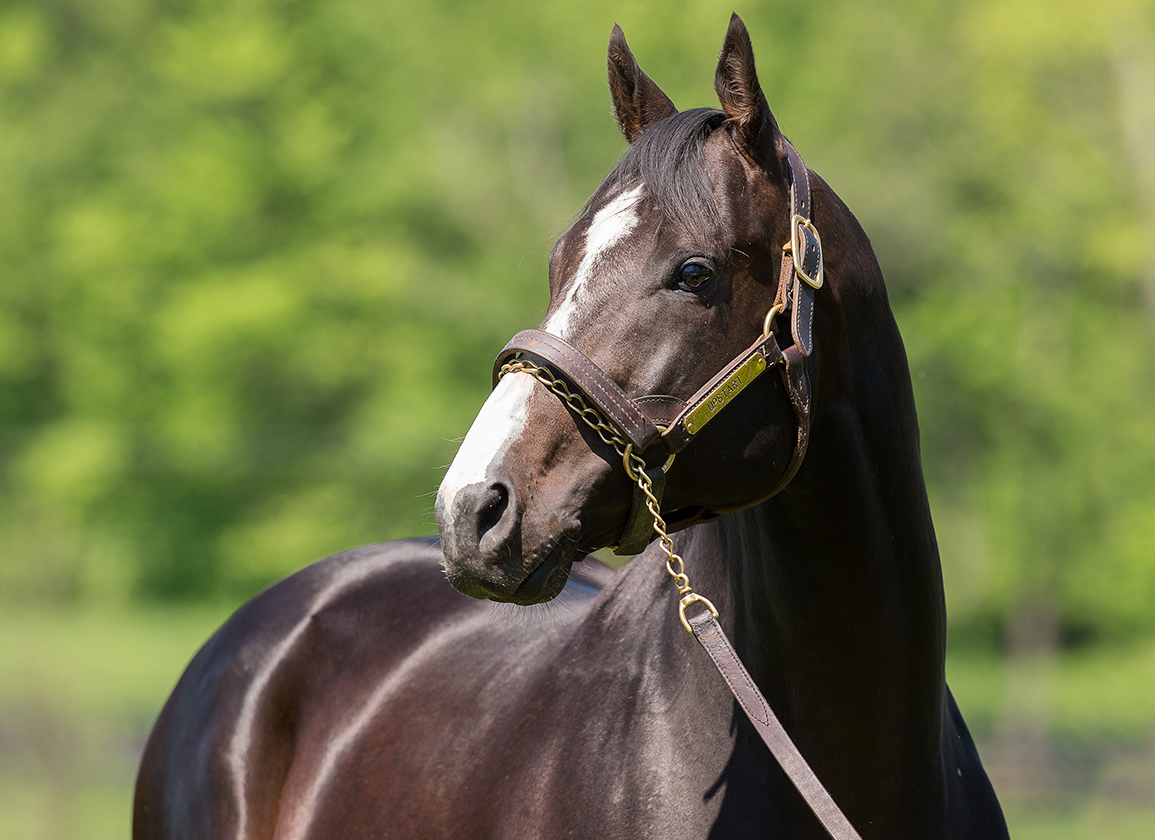 Of the 1,630 stallions who covered mares in North America in 2018, a grand total of up to 34 could have starters in the respective gates of the upcoming GI Kentucky Derby and GI Kentucky Oaks (based on a maximum of 20 Derby starters and 14 Oaks starters). That's about a 2% chance.

How remarkable is it, then, that this year we have not one, not two, but seven stallions with the potential to pull off a Derby-Oaks sire double, something that hasn't been done since Native Dancer sired the winners of both races 56 years ago? In the 147 years of Derby-Oaks history, the feat has been accomplished exactly four times.

Of course, it will be another week before the fields are drawn, but Churchill Downs currently has 28 colts eligible by points on its Derby leaderboard and 23 fillies on its Oaks leaderboard. Seven sires have progeny on both and an additional three have multiple contenders for one or the other of the races. That seems extraordinary. Almost as extraordinary is that not one of those 10 stallions with multiple contenders is Spendthrift's super sire Into Mischief, who officially became the first stallion in history to sire back-to-back Derby winners when Mandaloun was belatedly promoted as the 2021 winner.

It will come as no surprise that the Three Chimneys wunderkind Gun Runner ranks at the top of the list. The 2017 Horse of the Year was a breakout superstar with his first 2-year-olds last year and has simply continued his dominance, so much so that his one crop of 3-year-olds has him ranked among the top 15 of North America's leading sires in 2022, with all the horses above him having older runners to add to their tally. He leads the current second-crop sires in every category that matters: Grade I winners, graded winners, black-type winners, earnings, earnings per starter, and Derby and Oaks horses. 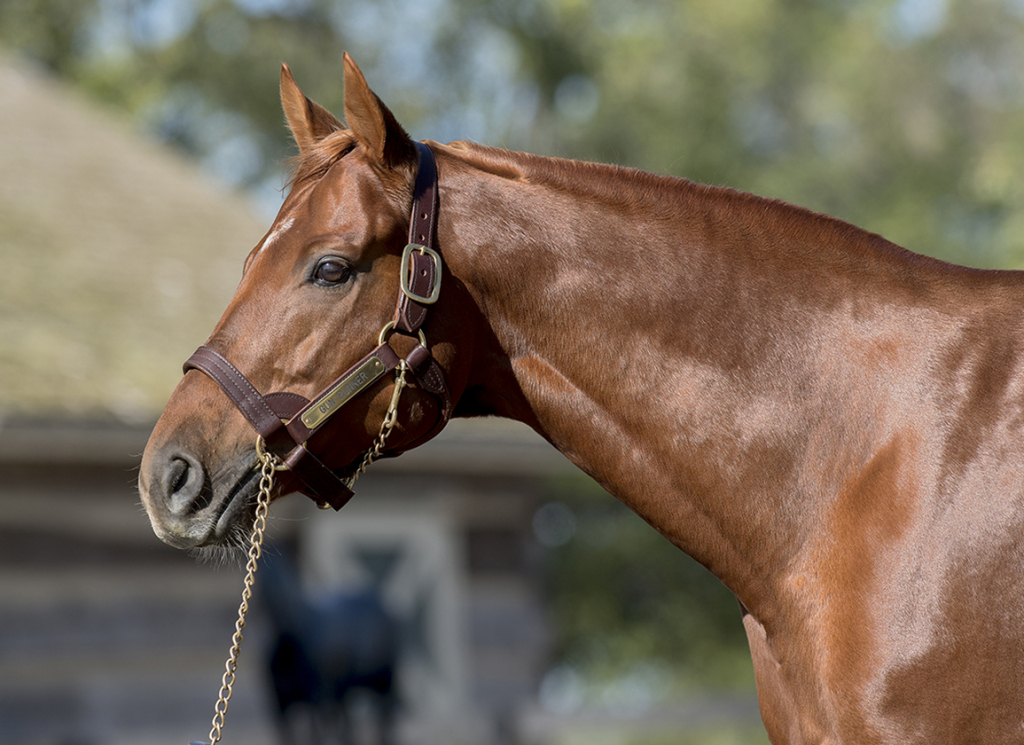 Gun Runner has three colts on Churchill's top 20 by points: Cyberknife, 'TDN Rising Star' Taiba, and Early Voting. He also has two fillies on the Oaks leaderboard by points: champion and 'TDN Rising Star' Echo Zulu, who is securely in the Oaks field, and Shotgun Hottie, who is currently sitting #15 on the list. It is truly an embarrassment of riches.

But Gun Runner isn't the only one whose cup runneth over. Airdrie's young third-crop sire Upstart just may have the favorite for both the Derby and the Oaks, a feat surely almost as rare as winning both. Upstart may not have the sheer numbers in each race Gun Runner has, but he has Zandon and Kathleen O., and it's a good bet the Airdrie stallion team wouldn't trade places with anyone.

Continuing the spate of success for young sires, two others below Gun Runner on the second-crop list also have potential starters in both the Derby and Oaks. Both Coolmore's Classic Empire and Lane's End's Connect have runners on the leaderboard of both. Classic Empire's Morello has enough points to make the Derby field, while his 'TDN Rising Star' Classy Edition and Interstatedaydream are on the Oaks bubble. Inversely, Connect has Hidden Connection guaranteed a spot in the Oaks field, while his Rattle N Roll is on the Derby bubble by points.

With a number of the industry's top sires in their late teens or early 20s, isn't it comforting to feel the future of the breed is in good hands with these prolific young stallions? Two other blossoming sires, Taylor Made's third-crop stallion Not This Time and Darley's third-crop sire Nyquist, also deserve special mention as each has three contenders, although in a single race. Not This Time has Epicenter, Simplification, and In Due Time for the Derby, while Nyquist potentially has Turnerloose, Awake at Midnyte, and Sequist for the Oaks. Also worthy of mention for multiple contenders in a single Classic is Race Day, who left Derby entrants White Abarrio and Barber Road in this country before transferring to Korea.

Returning to our potential Derby-Oaks doubles, although it seems particularly notable with these young second- and third-crop sires who have been on fire lately, we also have three more established stallions who also have a shot to pull off the rare accomplishment. Coolmore's Munnings, who is proving just about as versatile as his sire, Speightstown, ended 2021 with top 2-year-olds 'TDN Rising Star' Jack Christopher and Eda. Neither will make the Classic fields on the first Friday and Saturday in May. However, Munnings re-rallied with 'TDN Rising Star' Zozos guaranteed a spot in the Derby field and 'TDN Rising Star' Shahama among the top 14 for the Oaks. 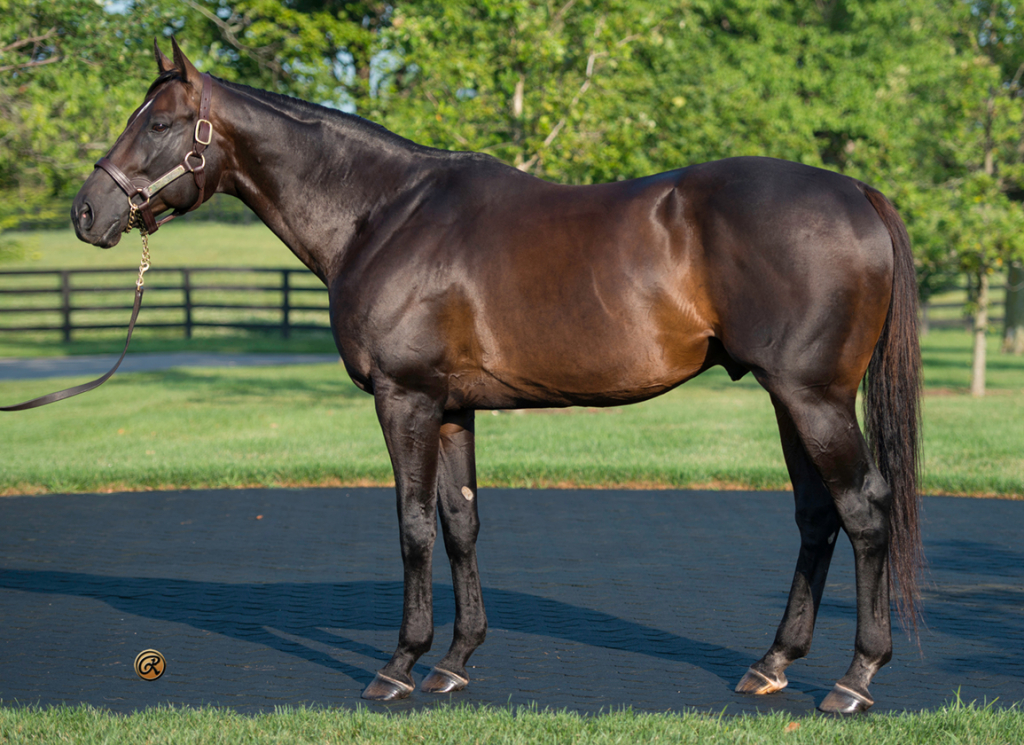 WinStar's late Pioneerof the Nile and Coolmore's Uncle Mo, already Derby-winning sires in 2015 with American Pharoah and 2016 with Nyquist, respectively, could also pull off a Derby-Oaks double this year. Pioneerof the Nile has Tawny Port and Pioneer of Medina for the Derby, while Favor is a longshot to make the Oaks field. Unclo Mo has Mo Donegal and 'TDN Rising Star' Cocktail Moments firmly on their respective race leaderboards.

For historical perspective, Native Dancer was the most recent stallion to sire the winners of both the Derby and the Oaks, something he accomplished in 1966 with Kauai King and Native Street. It can be a challenge to find a pedigree in America today without Native Dancer buried somewhere as without him, there would have been no Northern Dancer or Mr. Prospector, making him arguably one of the–if not the–most important American stallions of the past century. The “Gray Ghost of Sagamore,” whose sole career loss ironically came by a head in the 1953 Kentucky Derby, has figured in the majority of Derby- and Oaks-winning pedigrees for the past 50 years.

Calumet's incomparable Bull Lea also scored the Derby-Oaks double in 1952 with Hill Gail and Real Delight. Bull Lea got three Derby winners in a decade with Citation (1948) and Iron Liege (1957) joining Hill Gail on the Derby podium. He also had two Oaks winners, with Bubbley matching Real Delight with an Oaks win in 1953. While Into Mischief is the only sire to win Derbies in consecutive years, Bull Lea is one of four to do it in the Oaks, joining Sir Ivor (1976-77), Spanish Prince II (1924-25), and King Alfonso (1882-83).

Farther back in the sands of time, McGee had the legendary Hall of Fame gelding Exterminator win the Derby in 1918 and his female compatriot Viva America take the Oaks the same year. His was an amazing story: an average sprinter on the track and the only foal by his own unraced sire who was gelded after he was conceived, McGee also sired another Derby winner in Donerail (1913).

Earlier still was King Alfonso in 1885, who notched Derby-Oaks sire score with Joe Cotton and Lizzie Dwyer. Obviously, stallions had far smaller crops back then than they do today, which makes King Alfonso's accomplishments even more impressive. From a reported 17 stakes winners, the Phaeton (GB) stallion had Derby winner Joe Cotton, Derby winner Fonso (1880), and three Oaks winners in four years: in addition to Lizzie Dwyer in 1885, he also had Katie Creel (1882) and Vera (1883). 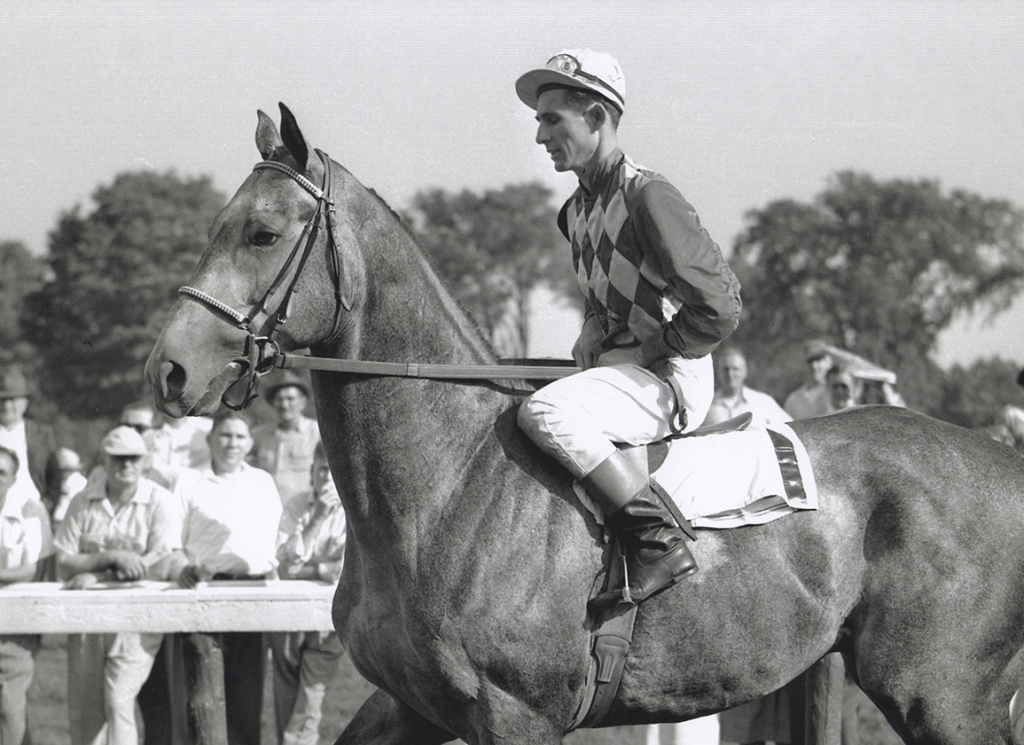 Many great stallions throughout our sport have never had a Derby nor an Oaks winner. Several others–the aforementioned Northern Dancer and Mr. Prospector, for example, as well as Tapit, Storm Cat, Raise a Native, Tom Fool, Nasrullah, and dozens of others–have had a Derby or an Oaks winner, but not both. Several, like Medaglia d'Oro, A.P. Indy, Alydar, Exclusive Native, Sir Gallahad III (Fr), and even the legendary Man o' War and Lexington, have had two winners (or more) of one of the races, but none of the other.

A number of stallions have come tantalizingly close to getting the rare double, with winners of both races in different years. Seattle Slew comes to mind with Swale's Derby in 1984 and Oaks wins with both Seaside Attraction (1990) and Flute (2001). Halo came even closer, with Sunday Silence (1989) and Goodbye Halo (1998) in adjacent years, plus Sunny's Halo (1983) thrown in for good measure. Blenheim II was another good example, with Derby winners Whirlaway (1941) and Jet Pilot (1947) bookending an Oaks win by Nellie L. (1943).

Will the young guns Upstart, Gun Runner, Connect, or Classic Empire add their names to the very short list of stallions to sire a Derby-Oaks double? Or will Munnings, Pioneerof the Nile, or Uncle Mo add to their sire exploits? Or perhaps the late Arrogate's Secret Oath will win the Oaks and Japan will continue its recent international dominance with Reach the Crown (Jpn)'s Crown Pride (Jpn) taking the Derby, making this entire discussion a moot point.

That's part of the allure surrounding the Derby and Oaks each year. It's the delicious wondering and speculating about the Classics and what may happen that makes the magic.