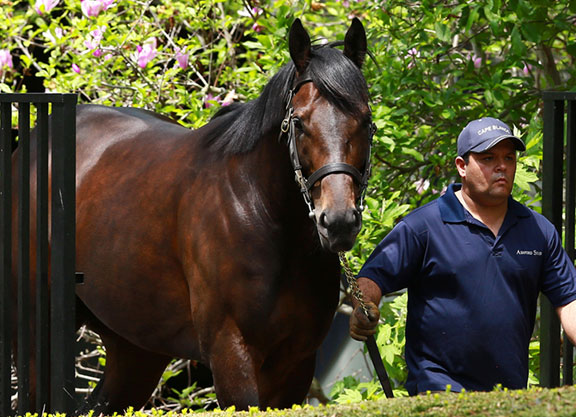 Observations on the European Racing Scene turns the spotlight on the best European races of the day, highlighting well-pedigreed horses early in their careers, horses of note returning to action and young runners that achieved notable results in the sales ring. Friday's Insights features a half-brother to Garswood (GB).

1.20 Curragh, Mdn, €16,500, 2yo, 9fT
One of three contenders for Ballydoyle, Susan Magnier's LORD OF THE MANOR (IRE) (Galileo {Ire}) is a hitherto unraced full-brother to ill-fated MG1SP G1 Epsom Derby runner-up Cliffs of Moher (Ire). His one dozen opponents include stablemate and fellow newcomer Interpretation (Ire) (Galileo {Ire}), who is out of a half-sister to G1 Dubai Sheema Classic victress Dolniya (Fr) (Azamour {Ire}).