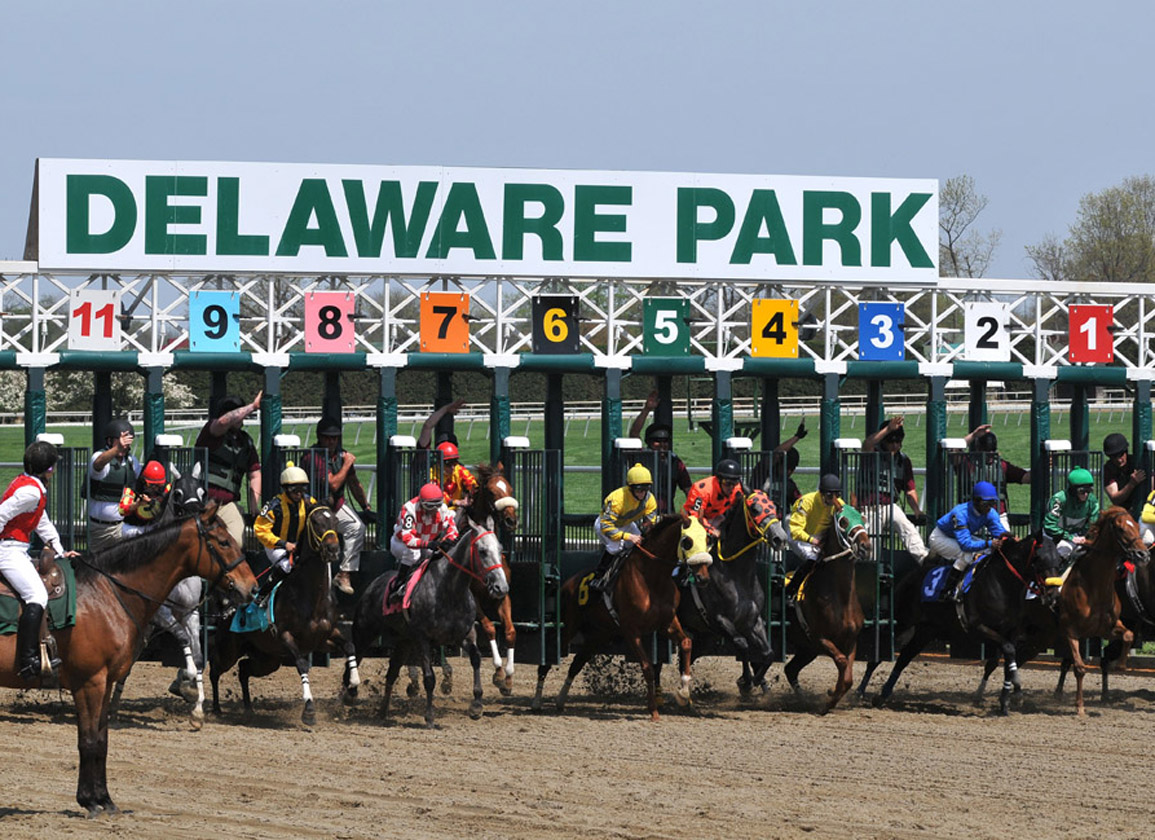 A 5-year-old Thoroughbred who auctioned for $800,000 as a yearling is at the center of a “neglect of a horse” case out of Delaware Park.

In an Aug. 12 ruling, the stewards at Delaware stated that owner/trainer Alison Escobar disregarded multiple veterinary recommendations by continuing to exercise Ashiham (Tapit), a one-for-eight horse who has changed stables twice after being sold at Keeneland in 2018. Ashiham's lone victory came at Saratoga in 2020 for different connections.

“The Stewards were concerned for the health and welfare of Ashiham,” the ruling stated in handing down Escobar's $2,500 fine and 60-day suspension. He will also have to pass a training competency test as a condition of relicensure.

At deadline for this story, it was unclear if Escobar plans an appeal. Efforts to reach him for his side of the story were not successful.

Escobar, a 43-year-old with 779 career wins, has been a Grade I-winning trainer in Puerto Rico since 2005. He took out his license in the United States in 2019, and won his first stateside stakes in 2021 at Monmouth Park.

The Delaware stewards laid out this timeline in their ruling, noting that Escobar waived his right to legal counsel at his Aug. 11 hearing:

“1. Ashiham, trained by Alison Escobar was a Vet observed scratch during prerace examination at Tampa Bay Downs on April 21, 2022, for lameness and heat in the left front flexor tendon, and was placed on the Tampa Bay Downs Vets' List. In testimony, trainer Escobar stated Ashiham was sore but did not want the horse scratched because he was the morning-line favorite.

“2. Ashiham worked on June 9, 2022, at Palm Meadows (Florida). Florida Regulatory Veterinarian Dr. Jane Teichner observed the horse lame on his left front on the while the horse was on the track surface after the work.

“4. Dr. Teichner reported Ashiham to Gulfstream Chief Regulatory Veterinarian Dr. Aponte, who placed Ashiham on the Gulfstream Park Vet's list as Vet Observed and required an ultra-sound before any workout was scheduled. No ultra-sound was ever taken.

“5. On July 12, 2022, Ashiham arrived by van from Palm Meadows (Florida) to Delaware Park. No foal papers were ever turned into the Racing Office as required by the Delaware Thoroughbred Racing Commission Rule 7.3.4

“7. On August 3, 2022, Dr. Renzetti observed Ashiham significantly lame on a scale of 4/5 and a bow on the left front flexor tendon that was warm to the touch and sore on palpitation. Dr. Renzetti placed Ashiham on the DTRC Vets' List requiring an immediate diagnostic testing including ultra-sound and stall rest until reevaluated by Commission Veterinarians.

“8. Trainer Escobar stated in testimony that Ashiham was not under the care of a practicing Vet and had not been observed at Delaware Park by a Veterinarian prior to the Stewards hearing.”

The stewards cited rules pertaining to trainer responsibility and “cruelty to a horse or neglect of a horse entrusted to a permittee's care” in meting out the penalties. They also stated that “Trainer Escobar failed to follow veterinarian medical recommendations after being placed on two separate Vet's list.”

Escobar's suspension is to start Aug. 19, unless he secures a stay via appeal. All horse transfers out of his stable must be approved by the Delaware stewards. Ashiham's current owner is Tres Potrillos Ranch Inc.