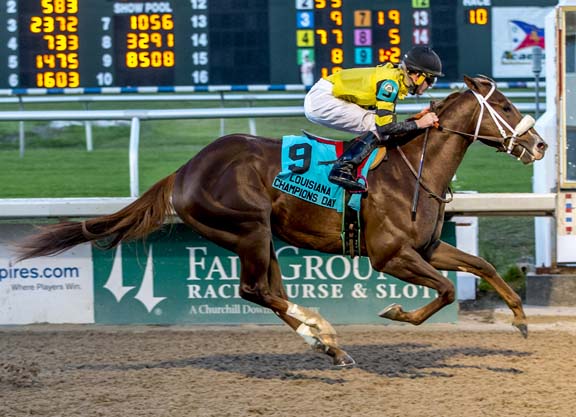 A State Board of Ethics case that has dragged on for seven years has finally resulted in a $50,000 fine against a former Louisiana racing commissioner who rented $187,000 worth of stall space to 18 racehorse owners and trainers while simultaneously serving as the regulator of those licensees.

The New Orleans-based news site NOLA.com was first to report on the fine levied by the Louisiana Ethics Adjudicatory Board against Neal Cormier and his NBC Stables Inc. The penalty stems from 2012 conflict-of-interest charges filed by the ethics board against Cormier and two other former commissioners who were the subjects of similar (but unrelated) probes. Cormier was removed from the racing commission by the governor back when the charges were first filed.

According to NOLA.com, Cormier, who could not be reached for comment, owns a Lake Charles horse farm and training facility. For almost three years, NBC Stables received the lease payments from the licensees while Cormier served on the commission.

“The adjudicatory board ordered the $50,000 in penalties against Cormier based on two violations of the state ethics code, despite finding no evidence that Cormier ‘concealed the nature of his business or the probability that NBC Stables Inc. provided services to individuals who were subject to regulations by the commission,'” NOLA.com reported. “The panel also found no evidence that Cormier ‘took advantage of his membership on the commission to achieve undue financial gain.'”

Nevertheless, the bulk of the penalty, $45,000, was assessed under a violation for “illegal gains,” NOLA.com reported.

With regard to the long time frame between the charges being filed and the assessment of the Nov. 18, 2019, fine, NOLA.com reported that the State Board of Ethics “has often been criticized for a sloth-like pace and anemic results.”

NOLA.com reported that “neither Cormier nor anyone representing NBC Stables showed up for a Sept. 19 public hearing before the adjudicatory board on the ethics charges against them.”

Yet the case might not be officially closed just yet, because Cormier and NBC Stables can appeal the fine, according to NOLA.com