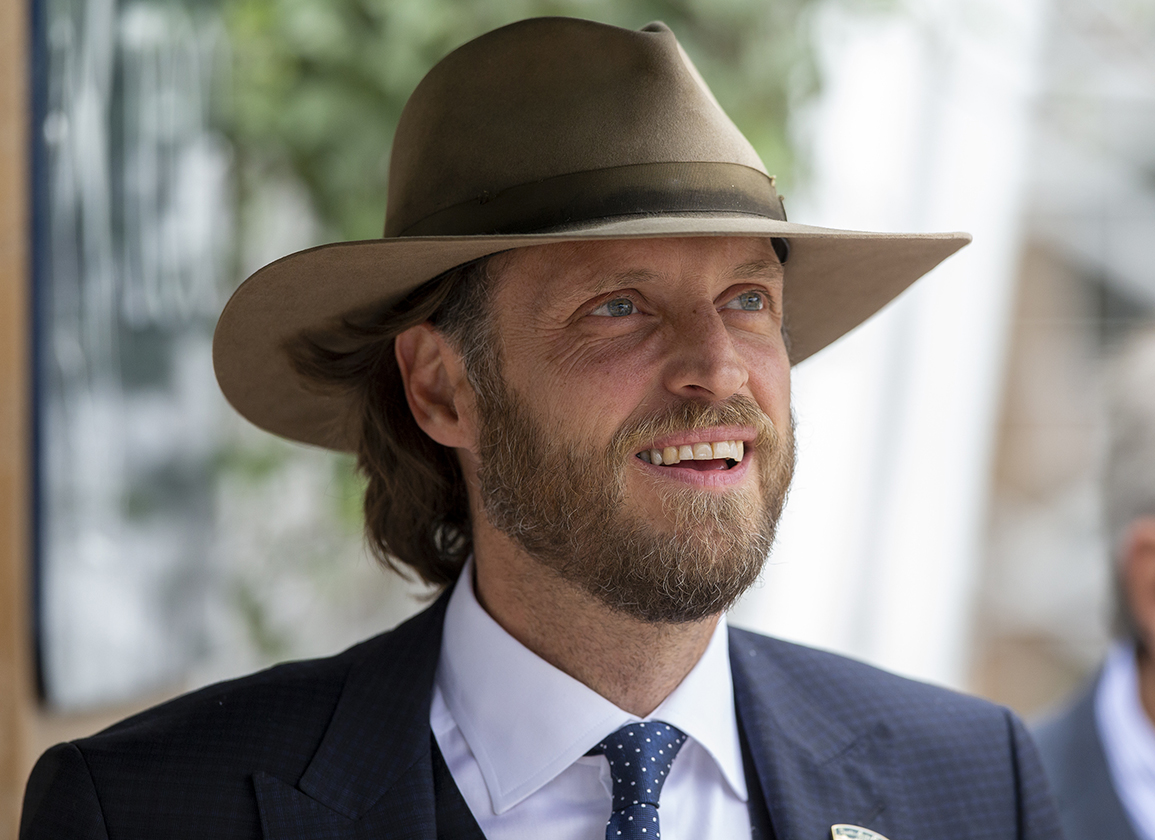 In the news plenty recently for cracking down on clenbuterol violations with out-of-competition testing, suspending a jockey over a suspected betting coup and overseeing the successful installation of a third, synthetic surface at Gulfsteam Park, 1/ST Racing's Chief Operations Officer Aidan Butler is making a name for himself in the industry as a proactive, no-nonsense executive. Wednesday, he joined the TDN Writers' Room presented by Keeneland as the Green Group Guest of the Week to discuss all of those recent stories, the improved safety record at Santa Anita, long-term plans for Maryland racing and more.

“[Out-of-competition testing] is a really good tried and tested format of catching medication violations well before they become an issue during a race,” Butler said. “There's not a great deal of out-of-competition testing done in Florida, so I felt that rather than waiting for HISA to eventually kick in or waiting for the state [to act], we've got house rules we can implement ourselves and we should start to use them. I was pretty disappointed with the amount [of positives] that came back from the first round. But we've done a bunch more testing since and I've had a 0% positivity rate. I'm not everybody's cup of tea because I'm a little bit blunt. I do run out of words eventually to spin things. And I am sick to death of people not doing it the right way. We've got enough problems in the game, so the silly things like this where people are either not paying attention or not giving a crap, we aren't going to stand for it and we're going to keep pushing.”

Butler also spearheaded the suspension of jockey Carlos Lugo for being suspected of stiffing a horse in a race earlier this month that contained irregular betting patterns. Once again, Butler had words of warning for any other riders or trainers looking to pull off similar schemes in the future.

“You haven't heard the last of me reacting like I did with anybody caught messing around,” he said. “My background was as a bookie so reading races was my shtick. How stupid can you be? All of us see it. Maybe things in the past were a little bit laxer. They bloody ain't now. So if people want to keep trying it, great, but things are going to gradually get worse and worse for them. And if people start to skirt it that much, they are absolutely not going to be welcome at any track I have anything to do with. It's, again, one of those really, really disappointing things that people think they can get away with.”

Elsewhere on the show, which is also sponsored by Coolmore, West Point Thoroughbreds, the New York Thoroughbred Breeding and Development Fund and Legacy Bloodstock, the writers reacted to the extra scrutiny Bob Baffert's horses will be subject to for the Breeders' Cup, analyzed the trends in the 2021 report of mares bred and discussed what the role of the NTRA should be going forward under new leadership. Click here to watch the podcast; click here for the audio-only version or find it on Apple Podcasts or Spotify.